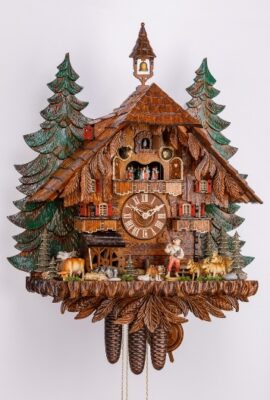 A cuckoo clock is typically a pendulum-regulated clock that strikes the hours with a sound like a common cuckoo’s call and has an automated cuckoo bird that moves with each note. Some move their wings and open/close their beaks while leaning forward, whereas in others, only the bird’s body leans forward. The mechanism to produce the cuckoo call has been in use since the middle of the 18th century and has remained almost without variation until the present.

It is unknown who invented it and where the first one was made. It is thought that much of its development and evolution was made in the Black Forest area in southwestern Germany, the region where the cuckoo clock was popularized. The cuckoo clocks were exported to the rest of the world from the mid 1850s on. Today, the cuckoo clock is one of the favorite souvenirs of travelers in Germany, Switzerland, and Austria. 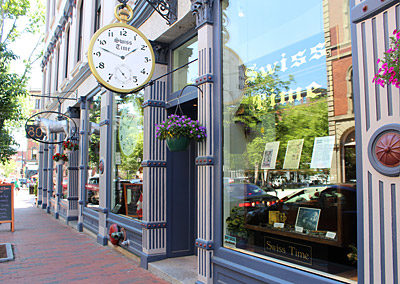